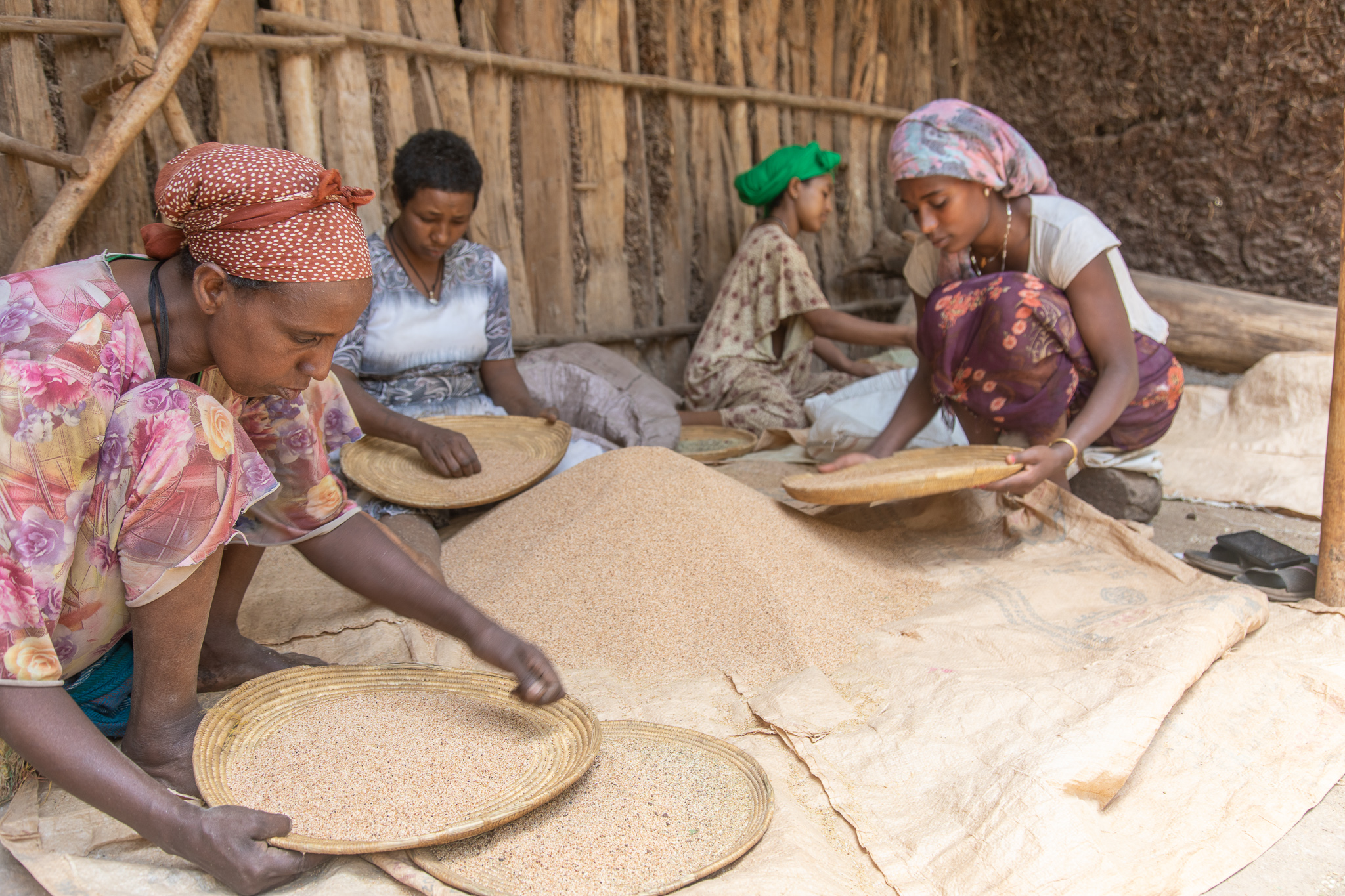 Lake Tana is the largest lake in Ethiopia, located in the Amhara region in the north of the country. The regional capital Bahir Dar (200,000 inhabitants) is located on its southern shore. Near Bahir Dar the Blue Nile River flows out of Lake Tana, which begins its course through North Africa here. Lake Tana is of good size (80 x 70 km) but unlike the big African lakes, it is not located in the great Rift Fault that zebrates East Africa. On the contrary, it is located at altitude (1800m) and surrounded by mountainous massifs at more than 4000m, including our precious Simien massif to the north! To the east are the Guna Mountains (4231m) and the Choke Mountains to the south (4154m).

Our humanitarian activities in Simien do not prevent us from taking a few moments to relax and discover the countless natural and cultural treasures of Ethiopia. Knowing the history and the great sites of the country is even without doubt a real added value for our work of building the school of Sona. It is on the occasion of the April 2021 trip, We spent two days at Lake Tana and Bahir Dar. We met our medical equipment supplier and took time to visit Lake Tana and its monasteries. We brought back some pictures for this video.

Bahir Dar is one of the very ancient African cities. Initially a village of hunters and fishermen on the southern shore of Lake Tana, the city developed with Christianity. Indeed, the numerous islands of the lake have long served as a refuge from Islamic and even, in more recent history, Italian invasions. It is said that the relics of the Ark of the Covenant, traditionally kept in Axum, were hidden in one of the island monasteries of Lake Tana to preserve them from the invaders coming from the north. The city's location has made it an important place for trade and commerce for centuries. It is therefore a prosperous city which knew its apogee under the reign of the Negus Haile Selassie. The last emperor of Ethiopia wanted to make it a capital of modern Ethiopia. We owe it its large avenues lined with palm trees which gives it the air of a seaside resort. The Negus had a palace built on the heights of the city.

Staying in Bahir Dar is very pleasant. The tourist infrastructure is well developed with many hotels and restaurants, among the most pleasant in Ethiopia, especially on the shores of Lake Tana. The lake and its region are at an altitude of about 1800m. The climate is therefore hot (don't forget that we are in a tropical zone!) but with the advantage that diseases such as malaria are absent! We are clearly in a potential paradise! The city even has an airport with daily connections to Addis Ababa.

The fishing activity is very important and, fortunately, still very small-scale. The fish resource is still important with nearly 70 species of fish of which 3/4 are endemic. Lake Tana was classified as a "biosphere reserve" by UNESCO in 2015. The flagship fish is undoubtedly the Tilapia. It is served as a fillet or whole and grilled for the most beautiful specimens (photo opposite).

Many other animals (that you could see in the video) are also present. Countless birds first of all: cranes, herons, cormorants are omnipresent. As well as much more imposing birds such as pelicans or fish eagles. At the mouth of the Nile, visitors can see hippos. This is only possible by boat as they live in the water and feed in swampy areas with lots of papyrus. But visiting Lake Tana and its islands by boat has a crazy charm! And when you know that there are also some crocodiles, you are happy to be on board a solid boat...

The monasteries of Lake Tana

The latest geographical surveys have counted 37 islands large enough to be named. Nineteen of these are home to a monastery and sometimes a small non-religious farming community. The monks who occupy these monasteries work a lot, especially at agricultural tasks which allow them to subsist and even to draw some income. On some of the islands, and more generally in the region, there are coffee plantations. The coffee that grows around Lake Tana and Bahir Dar is of excellent quality, the climate being particularly favourable.

Some of the monasteries can be visited and are well worth a visit. They are generally very well preserved since the XIVth century thanks to the hot and dry climate. They are very richly decorated with paintings and each wall tells a story in the manner of a comic strip, following codes that deserve the explanation provided by your guide. It is quite exciting and dazzling. And it is perfectly enhanced by the island setting, an extraordinary fauna and flora that will undoubtedly mark you.

The sources of the Blue Nile (Abbay for Ethiopians) are actually identified upstream from Lake Tana of course. Among the rivers feeding the lake, the Gilgel Abay is considered the true source of the Blue Nile. But it is when it leaves Lake Tana that the Blue Nile acquires its status as a continental river. Subjected to the regime of alternating dry and rainy seasons, the Blue Nile acquires an extraordinary power at the time of the monsoon! It is particularly spectacular about thirty kilometres from the lake, south of Bahir Dar, at the place called Tessessat where the sublime Nile Falls are located. A magnificent sight all year round since the flow of the river is regulated by hydroelectric power stations and dams. This will be the subject of a future postcard!

We hope that you will have enjoyed this touristic and cultural escapade! But we are not losing sight of the objective of our presence in Ethiopia: to build a school in Sona, in the Simien, for one of the poorest populations in the world. Thank you for your support.

To write this article, I completed my information thanks to Wikipedia of course!