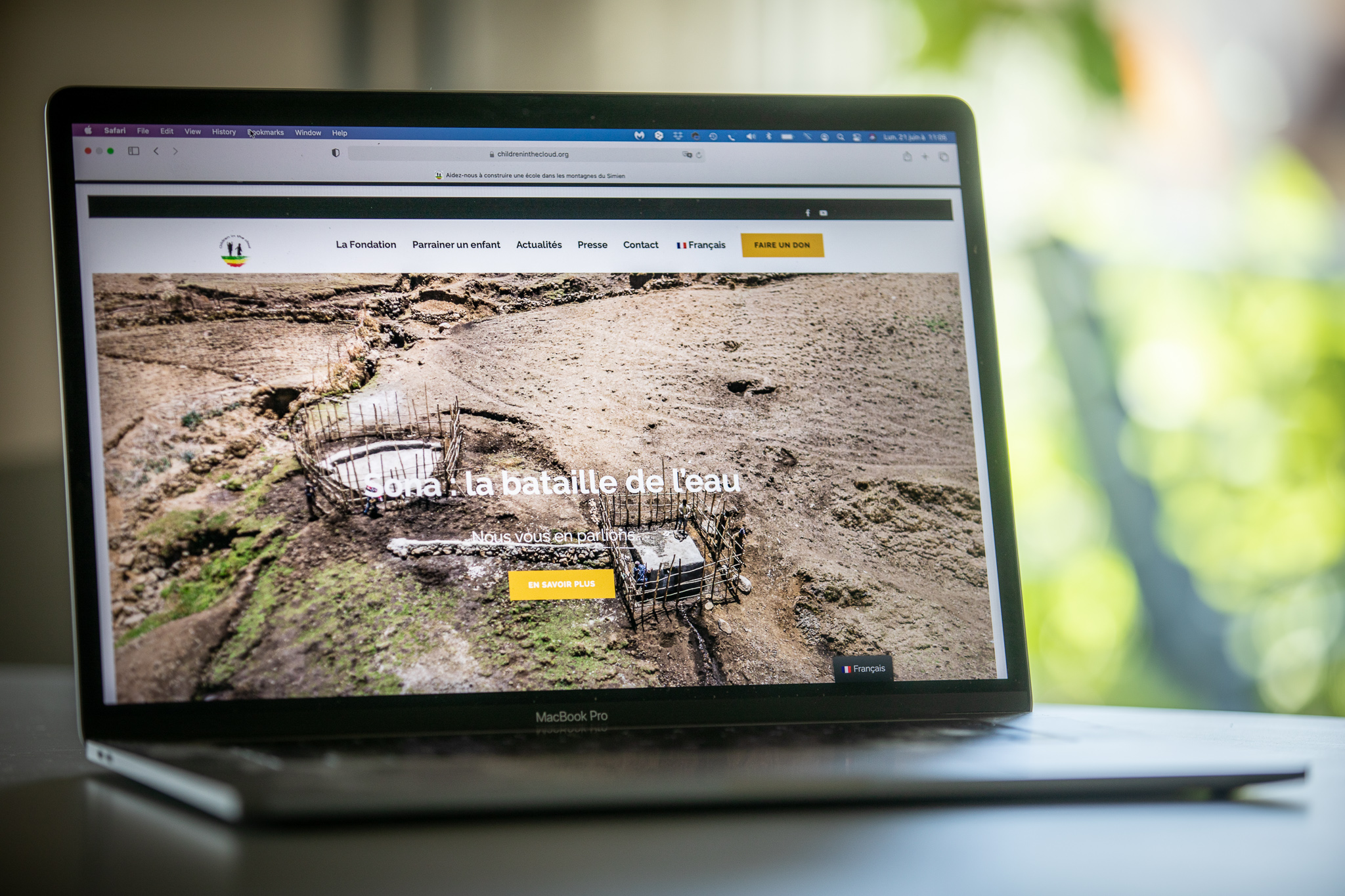 Almost 5 years ago to the day, on June 15, 2016, the Children in the Cloud Foundation was officially created. And with it, naturally, its first website. This first website played its role perfectly at the launch of the project: to make known the Foundation and its will to build a school in the Simien, in Sona, to federate good wills and collect funds. It was also an essential tool for us to report on the Foundation's achievements, especially to our donors. 5 years later, Children in the Cloud had to develop its presence on the internet to match its new dimension and its new ambitions.

This new site accompanies above all the setting up of the sponsorship of the children of Sona to enable them to study at the secondary school. Thus appears the heading "sponsorship" which presents the children likely to continue their schooling and which solicit your generosity to arrive there! Do not hesitate to go to view profiles of these remarkable children, then let your heart speak...

The automatic translation offered by Google Translate was already operational since almost the origin of the site. But it was no longer possible to make do with it. We therefore decided to implement a true multilingualism of the site to offer a better quality translation in the languages most used by our donors, in addition to French. In particular in English and German. And beyond the quality of service provided to our visitors, the multilingual site will considerably improve the site's referencing in the translated languages. An important step for the development of the Foundation's work.

A new ergonomics of online payment

We have done a lot of work on the crucial point of online donation. We wanted to make it easier and more efficient. We invested (reasonably) in an online payment module. Note that this is one of the few costs incurred by the Foundation for the redesign of its website. All this work was done voluntarily by the Foundation's administrators. We would like to thank them warmly for this.

And then a little change on the form is good! We have adopted a design that could be described as more "professional". Indeed, and although we are very attached to the voluntary investment of the Foundation's administrators, we also insist on the excellence of our achievements in the field as well as on the web. We hope you will appreciate our efforts.

Finally, we ask for your indulgence during the launch phase. Many modules can only be truly tested once they are online... We also count on your vigilance to let us know, using the contact form, of any anomaly that you might spot. Thank you in advance!