Make a donation
Home>Foundation news>works>Water has arrived at the school! 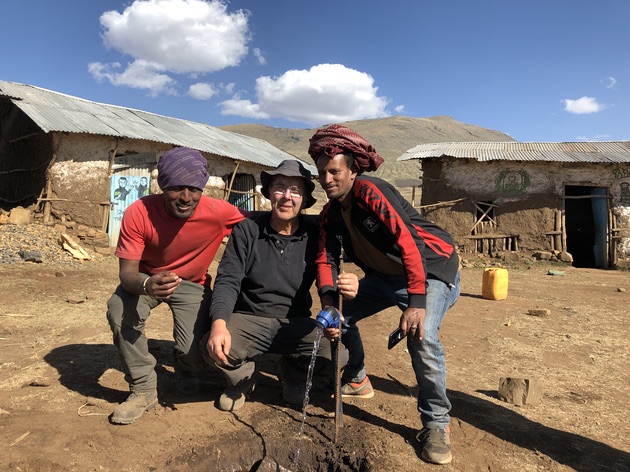 After 5 days of intensive work, led by Ignacio Larrain and local teams, the water arrived at the school of Sona! This is a decisive step for the progress of the construction of the school, and for the development of the local community. It is a transitional stage, however, as a temporary system has been set up, with the emphasis on speed of execution to supply the school site as quickly as possible.

Water, a vital issue in Simien too!

The Simien massif is also nicknamed “the water tower of Africa“ because the massif is full of it. The Blue Nile has its source there, as well as a multitude of streams and torrents that make the Simien mountains very green despite their high altitude. One can easily find, on certain slopes, numerous springs and resurgences. The plateau of Sona is richly endowed with them. But in spite of this, young girls and women spend hours every day to supply the family home with water. This difficulty in accessing water, despite the region's abundant resources, has many consequences.

First of all, it is a tiring task for the women who, from the age of 10, multiply the trips back and forth between the spring and the house. They spend several hours each day collecting water.

The difficulties of water supply lead to limited uses of course. Drinking and feeding are naturally the priority. Sanitary use comes next and is necessarily limited, which is not without its problems.

Finally, the feeding of livestock and the watering of vegetable gardens are also very limited, playing negatively on the diversity of the diet, which remains essentially composed of barley.

School of Sona : the place of water in the project

The Children in the Cloud Foundation is dedicating resources to the issue of water. We are pleased to have the support and highly qualified involvement of Cédric Egger (hydrogeologist) and Ignacio Larrain who took over the management of this part of the school project. Here is the Foundation's water action plan:

To carry out all the Foundation's projects we still need your support!